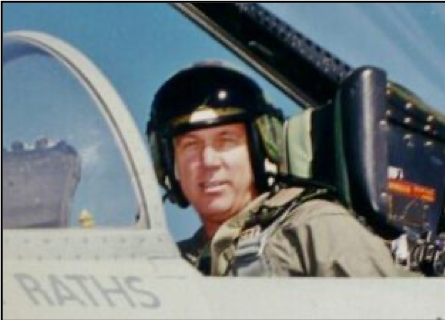 Colonel Gregory Raths, USMC (ret) served our nation for 30 years in the United States Marine Corps, retiring at the rank of Colonel. A decorated combat fighter pilot with over 75 combat missions during Operation Desert Storm, Southern Watch & Restore Hope. He was then promoted to a F/A-18 Hornet Fighter Squadron Commanding Officer aboard the USS Abraham Lincoln. He was then asked to serve as the Chief of Staff for the White House Military Office. He earned multiple degrees including a Master’s Degree from the National Defense University, a BS from Arizona State University in Business and a BA from California State University, Fullerton in History and Political Science. He has been part of the Orange County community for many years since coming to Mission Viejo in 1978 as a young First Lieutenant, where he was assigned to the 3rd Marine Aircraft Wing at the Marine Corps Air Station in El Toro.  He is married with three children and six grandchildren. Since retiring from the United States Marine Corps, he continues to serve the community as Vice-Chairman of the Orange County Veterans Advisory Council.  He was first elected to the Mission Viejo City Council in 2014, and re-elected in 2018. In 2019, he was appointed by the Mission Viejo City Council to Mayor.   He maintains a strong community liaison through participation in numerous civic organizations as well as a number of military related associations.