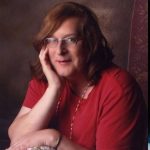 Michelle Evans’ research for her book, “The X-15 Rocket Plane, Flying the First Wings into Space” led her to interview nearly 70 people connected to the program, including Adams’ wife, children, brother, and friends. Her unique perspective has been able to honor Major Michael J. Adams, and to bring him to life as one of the X-15 astronauts in her fascinating presentation. Michelle Evans is the founder and president of Mach 25 Media and is a writer, photographer, and communications specialist in aerospace. The author of “The X-15 Rocket Plane, Flying the First Wings into Space” (University of Nebraska Press, 2013), her background in aerospace engineering includes serving in the US Air Force working on missile systems and later in private industry accomplishing environmental testing for systems used in airliners and spacecraft. Her current work with Mach 25 Media provides education and display services for astronaut appearances and other space-related events at government facilities, science centers, schools, and other venues across the country and overseas. 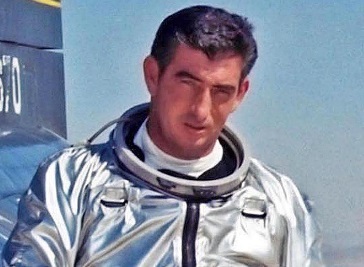 The X-15 rocket plane was America’s premiere research X-plane. It became the first aircraft to reach hypersonic velocities, and to create a new class of astronauts, ones who flew wings into space rather than rockets. The twelfth and final of these pilot/astronauts was Major Michael Adams from the US Air Force. As soon as the first group of American astronauts was announced in 1959, Adams knew where his career would take him. He was twice forestalled in his attempts to reach space. First by losing a slot in the second group of American astronauts because of injuries sustained in an F-104 ejection, then by being chosen for the Air Force’s Manned Orbiting Laboratory, which was canceled when politics entered the fray. Adams saw the X- 15 as his new pathway to space, and was quickly accepted into that elite group, which included such legendary test pilots as Scott Crossfield, Robert White, and Neil Armstrong. Mike Adams was the only X-15 pilot to lose his life while flying the program. Because of this, few people know of him today. 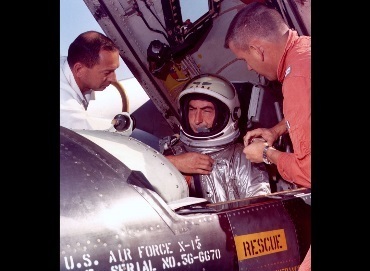