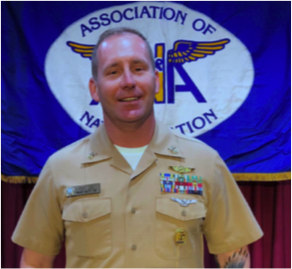 I found an announcement that Senior Chief Lee, the man who has been so helpful to GPS relative to our SOQ Recognition Program has been selected to the rank of Command Master Chief. Having very little experience with Navy ranks, I had to look up what is so neat about making CMC. Here is what I found on the Internet on some official U.S. Navy website:

Master Chief Petty Officer is one of the highest ranks available to enlisted members of the United States Navy, and is rated at the maximum enlisted DoD paygrade of E-9. Less than 1% of the Navy’s personnel make it to the rank of Master Chief, and those who do are considered to be among the best and the brightest in their respective specialties.

Wow! Pretty big deal for sure. I just want to congratulate CMDCM Lee for his promotion and thank him again for making Bill Thompson’s job as SOQ Officer appear to be so easy (which I know it is not), for acting as MC at the luncheons and for being present at almost all of our programs.