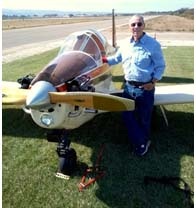 Our speaker on March 10, 2016, was Colonel Cliff Tatum USAF (retired) who had a very unusual career in military aviation. He entered the Air Force through the ROTC program at the University of Miami. He trained as a fighter pilot and earned his Air Force wings. His initial combat assignment was in Vietnam flying the Republic F-84-F jet fighter. During this time he also had the opportunity to fly the Convair Delta Dagger F-102 fighter bomber and the F-106 Delta Dart. The F-102 was a Delta wing high performance aircraft that was very heavily armed and carried a large quantity of bombs. The F-102 had the ability to climb to an altitude of 75,000 feet, and had state-of-the-art technology for aiming its six machine guns. It was a very deadly airplane! 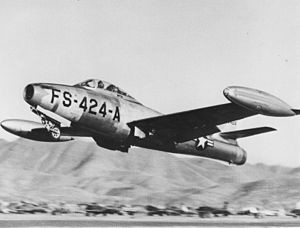 After approximately 12 years in the Air Force, he had an opportunity to transfer to the Navy as part of a test program by the military. He trained in the T-34 trainer and received his Navy wings. He was assigned to the USS Enterprise as a fighter pilot flying the Corsair A-7 fighter/bomber. In that role he flew combat missions over Vietnam and Laos that included 233 combat flying hours and 152 aircraft carrier landings. Sixty-two of them were at night!

Colonel Tatum’s military career spanned a period of 24 years in both the Air Force and Navy. During this time he had the opportunity to fly several high performance airplanes including the McDonnell Douglass F-4-J Phantom. This airplane carried more bombs than a World War II B-17 Flying Fortress. This aircraft with air-to-air refueling became a major weapon of the Vietnam War. 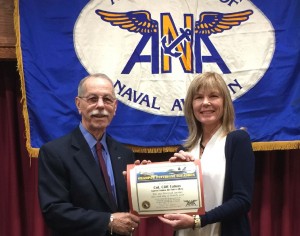 After he retired from his military career, Cliff flew 14 years as an Alaska Airlines captain. He then flew charter jets world wide to destinations in 45 countries. His total flight time is in excess of 19,000 hours. His combat military decorations include the Silver Star, Distinguish Flying Cross and the Purple Heart.

He is still active in aviation and flies his single seat Mooney aircraft out of the Torrance Airport.