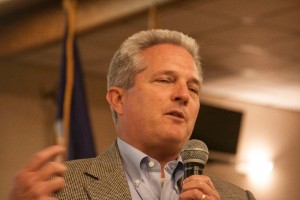 Gramps was inspired by USMC Colonel (Ret) Mike Naylor’s presentation on “Decisions”. This was a presentation that he originally prepared for a group of junior ROTC students as an aid to making critical life changing decisions. It described how his decisions resulted in his life experiences and especially how he got to be a Marine and a pilot. He was a pilot for President George H. W. Bush and a test pilot for the Marine Corps’ new MV-22 Osprey aircraft that is taking over all the Corps’ former helicopter functions. 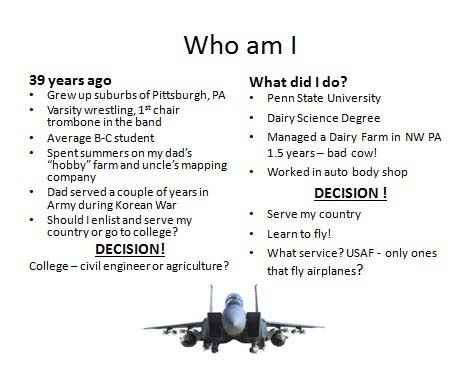 His consideration included what makes you happy – what would you like to do, who would you like to be? Further he considered his sense of the impact his decisions would make on friends and family, the community and the world. He grew up in the suburbs of Pittsburgh, was an average student, wrestled, and played the trombone in the band. His father served in the Army in Korea and this was a consideration. Should he enlist or go to college? His decision was college. He earned a degree in Dairy Science since his family had a “hobby” farm. He went on to work on a dairy farm owned by farmer sick with leukemia. He worked for several months and then came into conflict with the owner over a bad cow that was endangering workers who wer 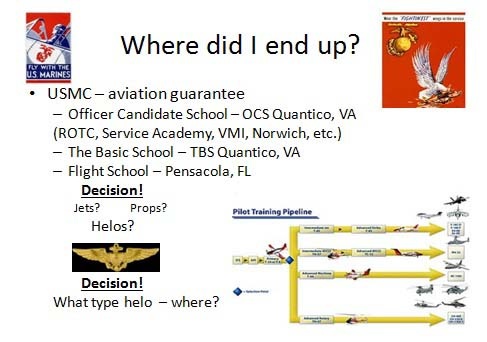 e trying to work with it. Mike urged the owner to get rid of the cow but the owner refused and Mike quit on principal. Following the dairy job he tried to get into the USAF but there were substantial delays. He then noticed a Marine poster, applied and was accepted. He was inducted into the Marine Corps and went to flight  school in Pensacola. He then went to the USMC base in Tustin and then became an instructor in Yuma. He served in the desert shield/storm activities in Iraq with the CH-46 helicopter squadron. After that he went back to Yuma where he worked on the V-22 Osprey testing operations and worked on designing the flight simulator. 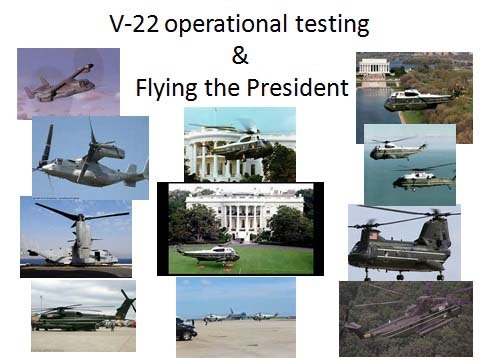 In 1992 he went to the White House and flew for George H. W. Bush. On Election Day, he flew the president from Houston. He also served during the first 3 years of the Clinton administration. He worked on a possible problem on the V-22 for helicopter pilots since the control responses for a V-22 are opposite for a CH-46 or any other helicopter. The question arose whether experienced helicopter pilots would learn to respond appropriately in each aircraft. His work proved that helicopter pilots could safely also fly the V-22. He then was assigned to the Pentagon where he served as Chief Assistant for Spending for two years. He served time as a U.S. Representative to the NATO command before he was required to retire after serving full 30 years in the military. His reaction to NATO was “no action, talk only”.  He now works with PKL Services, a military aircraft maintenance company where he is VP of Plans and Strategy. Their logo shows a rowboat with the following values: Row True, Professionalism, Knowledge, Leadership and Service. They are located in Poway. We are grateful to Mike for his exceptional service and contributions to the welfare of our country as well as his work to provide operational insight to the students for whom his presentation was designed.