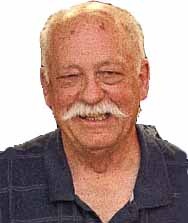 George Del Gaudio has turned in his resignation as the staff member in charge of the Sailor of the Quarter Awards Program effective last month. George has worked alongside Sel Ramsay, who handles gift memberships for the sailors, in making sure that the sailors are publically recognized by Gramps. George was instrumental in the growth of the program from recognizing a single sailor every quarter to the four SOQs plus the Senior Sailors of the Year for both NWSSB and NMC. He has “recruited” Command Master Chief Jeff Reeder to make the actual presentation of awards but it is all George when it comes to organizing the sailors, getting them seated in the right place and making sure that they receive their gift certificates and other awards from Gramps and the other supporters of the SOQ Program. Without George’s efforts I am not sure how the program would have evolved. All of George’s efforts were intended to maximize the benefits to the sailors, not to make George look better. He worked tirelessly to make those ceremonies meaningful and rewarding for the SOQs and SOYs. On behalf of Grampaw Pettibone Squadron I wish to thank George for a job well done. Stay healthy George and we will see you at the next meeting.