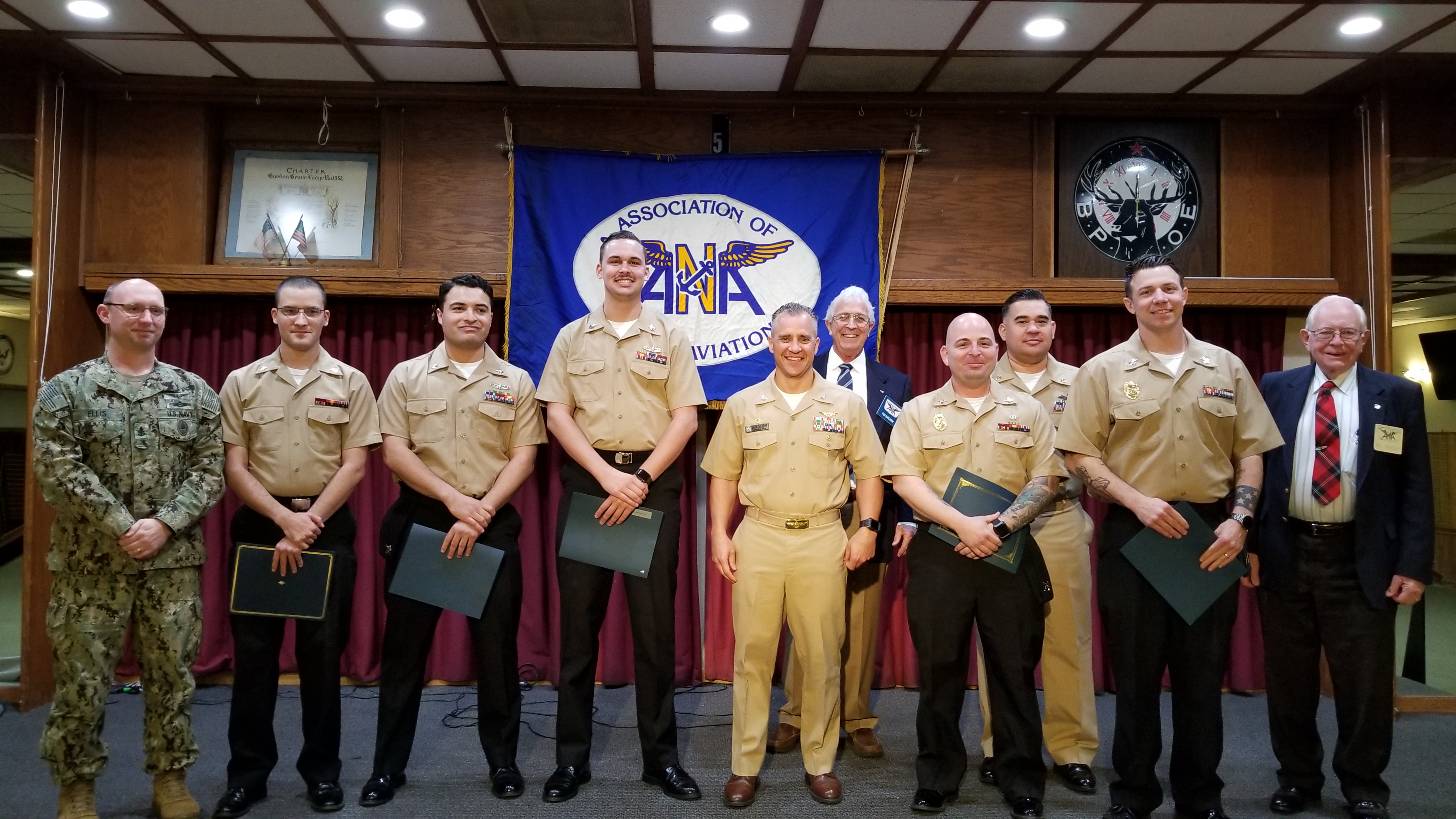 A very appreciative group gathered to honor the Sailors of the Year from the Naval Weapons Station, Seal Beach.  It was the regular meeting of the Grampaw Pettibone Squadron at the Elks Lodge in Garden Grove.  They recognized the outstanding sailors with Certificates of Appreciation and other gifts including beautiful medallions from the United States Automobile Association.  The sailors honored were:

Sailors of the Year from the Naval Weapons Station – Seal Beach,CA

Appropriately, the Guest Speaker for the meeting was the Commanding Officer for the Naval Weapons Station, CAPT Jason J. Sherman USN.  He provided historical information as well as a detailed account of the broad responsibilities of the Naval Commands at Seal Beach.

GPS, a division of the Naval Aviators Association, meets every second Thursday at the Elks Lodge, 11551 Trask Ave., Garden Grove.