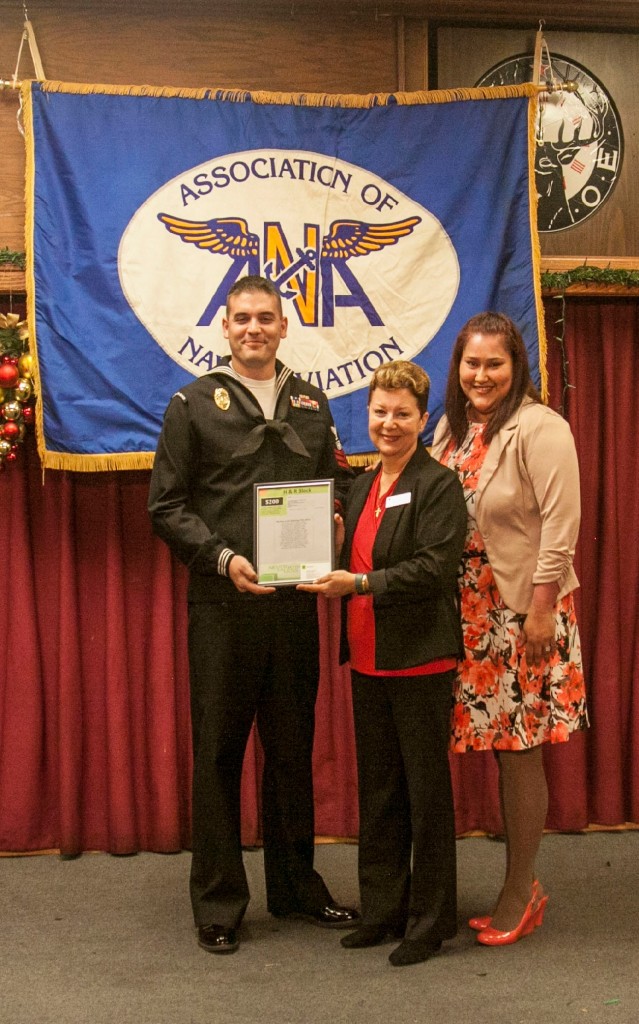 At our last meeting we recognized the exceptional service of the Sailors of the Year from Naval Weapons Station Seal Beach and Naval Munitions Center. The two sailors were MA1 Michael McGuire from NWS and MN1(SW) William Morse who could not attend our meeting because he is on deployment. The ceremony was handled by CMDCM(AW) Jeffrey L. Reeder, the CMC for NWS and NMC. Each SOY received gift certificates from local restaurants and from Grampaw Pettibone Squadron. In addition the SOY received a gift certificate from H&R Block that entitles him or her to a free tax return for 2015. Also, each SOY received a commemorative medallion from USAA. Thank you to all of the different entities and people who contributed to the awards ceremony, to George and Sel, and to CMC Reeder whose team did win again this year but it was close! Wait till next year. 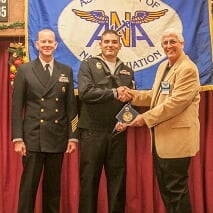