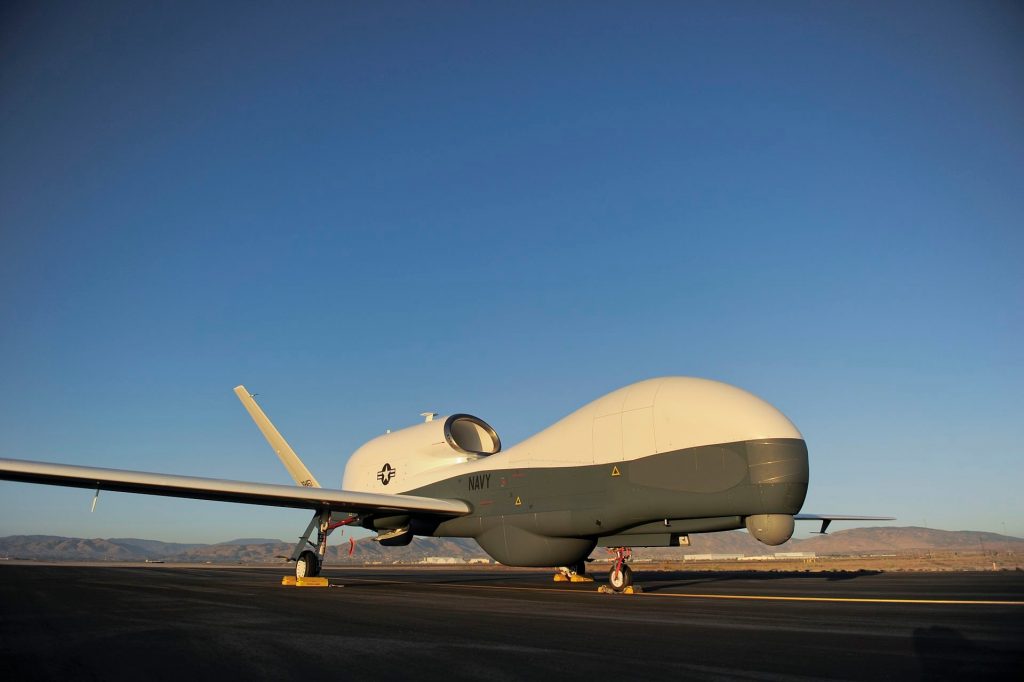 Grandpa Pettibone was honored to have Colonel Bob Ettinger as a speaker at its June ANA luncheon meeting. Colonel Bob was an accomplished combat pilot and test pilot on the F-16 jet fighter. After military service he became Chief of Flight Testing for Northrop Grumman on the Global Hawk project.

The Global Hawk is a new weapons system that will change the entire way ground combat is conducted. The airplane (drone) is a large, sophisticated surveillance airplane. It flies at 60,000 feet or 12 miles high out of range of all but the most advanced missile defense systems. It can loiter over a target area for as long as 35 hours and has a line of sight of about 300 miles. The thing is huge . . . wing span is longer than that of a Boeing 747. It has more than a dozen different types of surveillance systems including radar that will see through clouds, bad weather or sand storms and create images from normal light, starlight, infrared or heat patterns on the ground. It would be just about impossible to hide from it. The detail of the imaging is incredible. Some of the systems go down to one foot detail.

As a demonstration flight, the Global Hawk was flown non-stop from the East Coast to Australia and flew around the  Hawaiian Islands for five hours taking pictures on the way. The trip took approximately 30 hours without refueling. The aircraft is flown from a control center at Beal Air Force Base near Sacramento. It is flown by qualified pilots that work 10 or 12 hour shifts and go home at night. A local crew where the airplane is based maintains the airplane and flies it off the ground. When it reaches about 4,000 feet the aircraft control is turned over to the base at Beal. The information gathered by the airplane is sent to Beal by satellite where it is distributed to local military commanders. A picture taken, or a radio intercept, can be relayed to the combat commander in minutes. 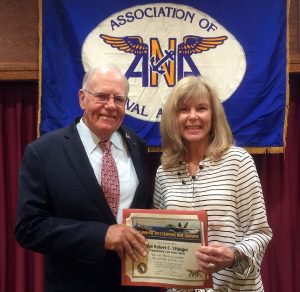 There are two of these airplanes flying presently, and there are 68 on order. This aircraft is an unbelievable extension of our ability to survey a hostile force and direct strikes. For example, during the Korean War, we had approximately 60 airplanes (L-19 and AT6) and more than 300 Army and Air Force personnel obtaining a fraction of the information that would be obtained with one Global Hawk.

Timing is also important. In Korea, photographs and electronic intercepts took overnight to reach Field Commanders. With the Global Hawk, it is almost instantaneous. A real game changer!!!! The artillery spotter and the forward air controller are becoming an endangered species.

The United States Navy took delivery of two of the Block 10 aircraft to evaluate their maritime surveillance capabilities, designated N-1 (BuNo 166509) and N-2 (BuNo 166510) The initial navalised example was tested at Edwards Air Force Base briefly, before moving to NAS Patuxent River in March 2006 for the Global Hawk Maritime Demonstration (GHMD) program, operated by Navy squadron VX-20. In July 2006, the GHMD aircraft flew in the Rim of the Pacific exercise for the first time; although it was in the vicinity of Hawaii, the aircraft was operated from Edwards, requiring flights of approximately 2,500 mi (4,000 km) each way to the area. Four flights were performed, resulting in over 24 hours of persistent maritime surveillance coordinated with Abraham Lincoln and Bonhomme Richard. For the GHMD program, the Global Hawk was tasked with maintaining maritime situational awareness, contact tracking, and imagery support of exercise operations. Images were transmitted to NAS Patuxent River for processing and then forwarded to the fleet off Hawaii. Northrop Grumman entered a RQ-4B variant in the US Navy’s Broad Area Maritime Surveillance (BAMS) UAV competition. On 22 April 2008, it was announced that Northrop Grumman’s RQ-4N had won and that the Navy had awarded a US$1.16 billion contract. In September 2010, the RQ-4N was officially designated the MQ-4C. The Navy MQ-4C differs from the Air Force RQ-4 mainly in its wing. While the Global Hawk remains at high altitude to conduct surveillance, the Triton climbs to 50,000 ft to see a wide area and can drop to 10,000 ft to get further identification of a target. The Triton’s wings are specially designed to take the stresses of rapidly decreasing altitude. Though similar in appearance to the Global Hawk’s wings, the Triton’s internal wing structure is much stronger and has additional features including anti-icing capabilities and impact and lightning strike protection.