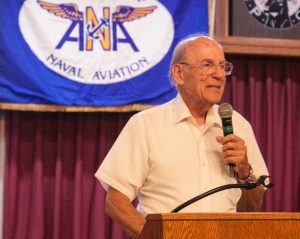 Gramps was delighted to hear from Chuck Lobb, Aviation Historian and Author, Air Force Officer, engineer and pilot. His subject was Zamperini Field, also known as Torrance Airport and the Lomita Flight Strip.He got immediate audience participation by showing some very old aircraft and asking if any of us could identify them. The first was a beautiful currently flying P-38 in flight which, of course, was immediately recognized. Several more pictures of P-38s from the WW-II era were shown. The next was an ancient biplane that our crew immediately identified as a JN-4D Jenny. Also shown was the BT-13 Vultee Valiant that was quickly renamed by  the Pilots as the “Vultee Vibrator”.

He showed aerial views of the Torrance area before WW-II, which was largely unoccupied with nearby oilfields in the area and Palos Verdes to the west. There was a good deal of agricultural land. As WW-II went on the need for another training base became very 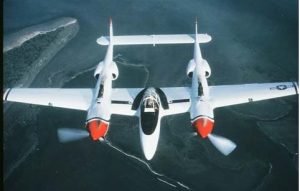 important and the military took over the area and constructed an airfield that was completed on March 31, 1943. It became an important training base for P-38 Lightning pilots many of whom helped in the conflict in the P-38. From 1942 to 1944 five squadrons of P-38s were based there, each having 40 officers, 200 enlisted men and 25 aircraft. There they trained to fine-tune their skills before being sent to bases in England for the European theater of war. In 1944, the Sixth Ferry Command took control and the activity grew to 2500 to 3500 operations per month. The duty was to check out new aircraft and then ferry them places of need around the world. 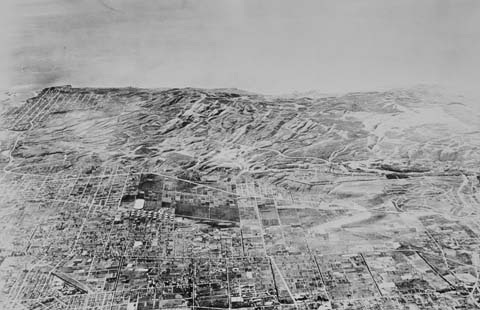 Brigadier General Robin Olds who was a famed ace of WW-II trained there and later went on to fight in Korea and Vietnam. He subsequently went on to be the Commandant of the Air Force Academy Cadets. His training began at the Lomita Flight Strip where he started as a fledgling P-38 Pilot. Colonel Art Jeffrey who was an Air Force Ace with 14 kills led “C” flight of the 434th Fighter Squadron. Louis Zamperini, for whom the airport was later named, was a Torrance native, a bombardier and an Olympic champion who also had spent terrible time in captivity. Iris Critchell was one of the early woman aviators and served as a WASP during WW-II. She also was an Olympic competitor and went on to train pilots for decades in the Los Angeles area. She was involved in the first Powder Puff Derby that flew from Torrance to Wilmington Delaware. In Chuck’s excellent book, Iris has contributed many pictures of the earlier eras. 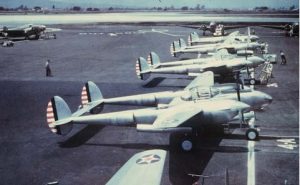 Since the war, there have been several aviation businesses at Torrance. Edmond Doak’s Doak Aviation was one that designed a tilt engine VTO aircraft that was way ahead of its time. In addition, there was also Frank Robinson’s helicopter business that currently sells more helicopters than any other producer does! We are grateful to Chuck for his excellent presentation and references to so many aviators and aviatrixes that we all have heard of or even met as well as appreciation for the very important history that Torrance Airport has.