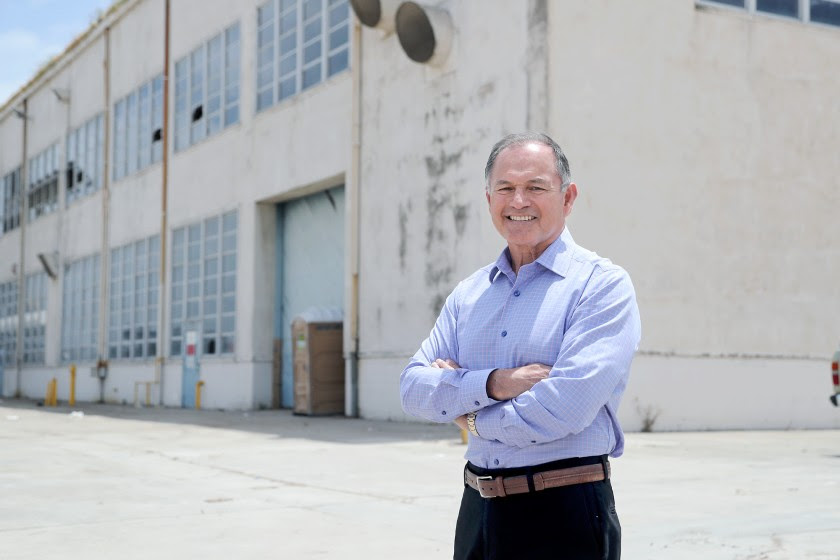 The Flying Leathernecks Historical Foundation has proposed refurbishing a 215,000-square-foot hangar at Orange County Great Park into a new home for its aviation museum currently on Marine Corps Air Station Miramar in San Diego. In March, Marine officials permanently shuttered the museum after reallocating more than $460,000 annually spent on its operation toward higher-priority missions.

The Memorandum of Understanding unanimously approved by Irvine council members essentially reserves Hangar 296 for two years while the foundation works on relocating the museum’s collection and fundraising.

Marine officials acknowledged receiving interest from multiple groups in the fate of the aircraft and memorabilia kept at the closed Flying Leatherneck Museum.

“We are aware that the Flying Leatherneck Historical Foundation recently contacted the city of Irvine regarding a proposal to establish an aviation museum in the Orange County Great Park,” Maj. Jorge Hernandez, a spokesperson for Marine Corps headquarters, said in a statement. “We look forward to working with the relevant parties as more information on the proposal develops.”

This move would actually be a homecoming for the nonprofit, founded in June 1989 at El Toro to help preserve and commemorate Marine aviation history, said retired Brig. Gen. Michael Aguilar, executive director of the Flying Leather Historical Foundation.

A former AH-1 Cobra squadron commander, Aguilar is hopeful that a Marine aviation museum at the Great Park will not only help veterans reconnect with their service but also educate future generations to appreciate the technology and sacrifice that allowed Marines to fly into combat.

“The military is a significant part of the Southern California fabric,” Aguilar said. “More importantly, this museum is able to reach out and inspire the next generation.” 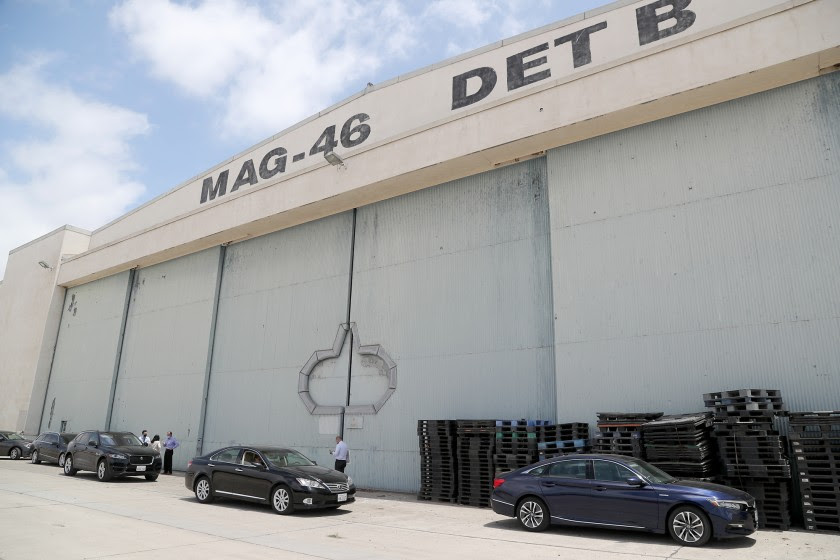 Irvine could provide a refuge for more than 48 aircraft that were at risk of being shipped off the boneyard earlier this year. The collection includes the Sea Knight CH-46 helicopter used to evacuate Ambassador Graham Martin from the rooftop of the U.S. Embassy in Saigon on April 30, 1975. Aguilar anticipates it could take eight months to relocate the retired aircraft fleet from Miramar.

Retired Reserve Marine Corps Col. Victor Bianchini, chairman of the Flying Leathernecks Board of Directors, has teamed up with Aguilar to approach private funders who pay for the preliminary retrofit of Building 296, transporting the aircraft, and a complete renovation. The entire project is estimated to cost at least $23 million.

Upon hearing the plight of the Flying Leathernecks, Irvine Mayor Farrah Khan said she immediately believed a Marine aviation museum would be an ideal addition to the Great Park.

“El Toro has been here a long time so it’s fitting that the museum would come back,” she said. “We want to make sure the next generation understands the [service members’]sacrifices and respect them.”

“To be able to bring back a piece of that history is an honor,” he said. 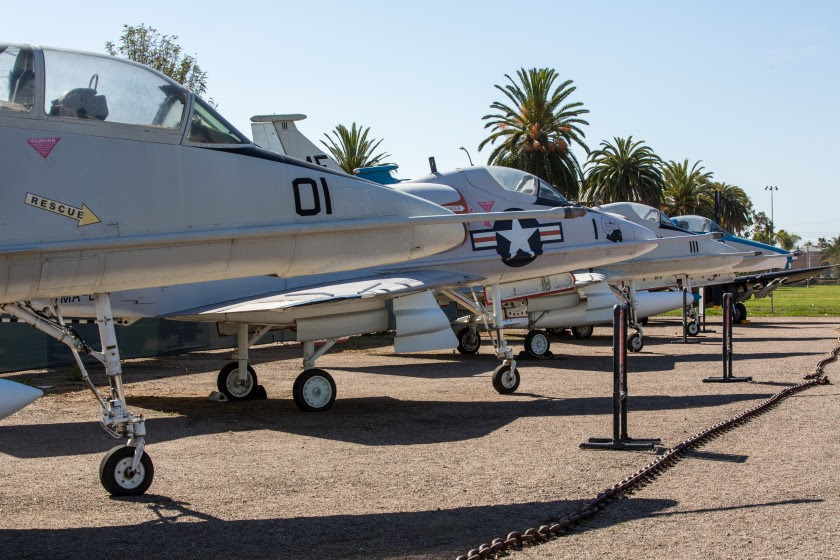 The Flying Leatherneck Aviation Museum in San Diego was shuttered due to budgetary concerns in March.  (Jarrod Valliere / The San Diego Union-Tribune)

“Marine Corps aviation is an important part of our local history, with such storied bases as the former MCAS Tustin and MCAS El Toro and area natives like WWII Marine fighter ace John Lucian Smith,” the representatives wrote. “As such, the museum should stay in Southern California.”

Robert Olds, 90, of Newport Beach is among the thousands of military veterans living in Orange County who remember the roar of Marine jet sorties at El Toro. He flew P-3 Orion patrol aircraft as a naval aviator and served as commanding officer of the fleet oiler USS Hassayampa.

With the Irvine City Council set to vote on a site for the Irvine Veterans Cemetery as early as next month, Olds said the Great Park would also offer a central location for the aviation museum.

“The two of them would tie together very nicely,” Olds said.

In 1996, Olds attended a meeting of the local squadron for Assn. of Naval Aviation at the Flying Leathernecks’ original museum at El Toro. The World War II-era hangar was right on the flight line, and pilots would taxi their aircraft up to the museum and let the veterans get a closer look.

“They were just a very nice part of keeping the history of aviation alive,” Olds said.

Daniel Langhorne is a contributor to TimesOC.