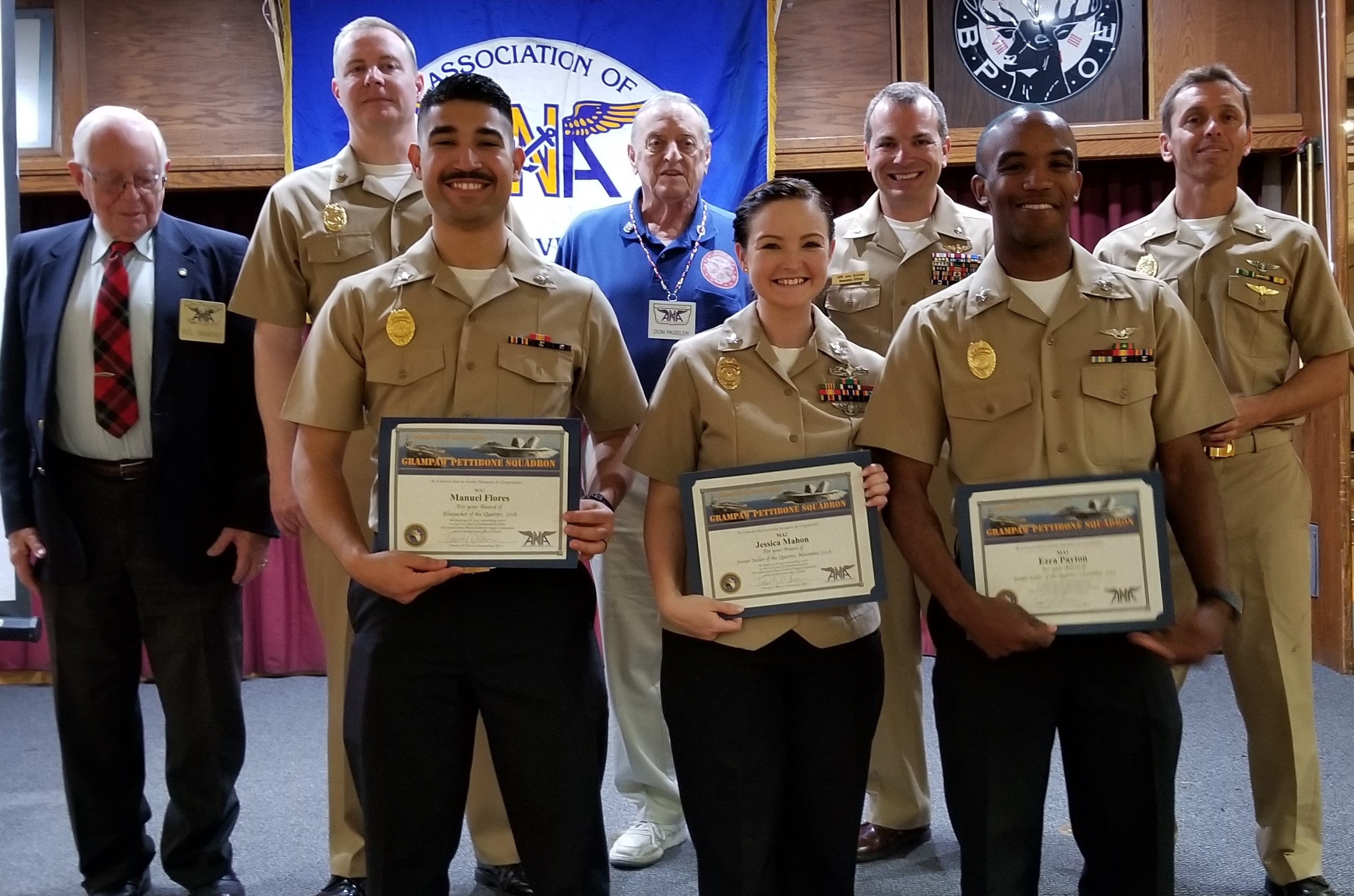 Grampaw Pettibone Squadron will honor the Seal Beach Naval Station Sailors of the Quarter (July thru September) at their next meeting Thursday, November 8th, at the Garden Grove Elks Lodge in Garden Grove. Doors open at 11:30 am with lunch at noon with the program to follow.

The following Sailors of the Quarter will be honored:

Bluejacket of the Quarter               MN3 Adriana Ruiz
We invite you to participate with us in honoring these outstanding sailors with gifts from your restaurant. They will also receive gifts from us—Grampa Pettibone Squadron and our parent organization,The Association of Naval Aviators.   We will stop by to pick up your certificates. If we miss you, please call me in regard to your interest. Attached is a copy of the article sent to local newspapers in regard to our meeting in August. It is our intention in continuing to give publicity to your participation as widely as possible. We appreciate your interest in honoring these worthy sailors at Seal Beach Naval Weapons Station.