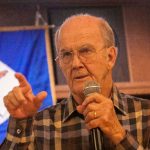 Gramps was delighted to have our GPS member CDR Bob Johnson address the issue of flying into thunderstorms. This was particularly important for those of us who are actively flying at the present time.As it turns out, there has only been one detailed study of flying into thunderstorms in all of aviation history. This was done by Lt. D. Z. Skalla, USN. He is the only thunderstorm expert resulting from his over two hundred thunderstorm penetrations in 1960-1961 in an F-3H Demon fighter jet aircraft with the advanced Allison J-71 engine. 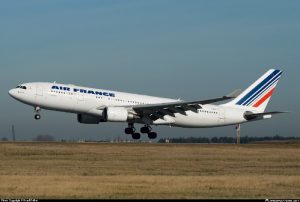 Bob was moved to create this presentation as a result of the Air France Flight 447 that went into a thunderstorm after departing from Brazil and crashed into the Atlantic Ocean. He was particularly bothered by the quality of the report following the investigation of the “accident”. Other recent events involving flight into thunderstorms have also occurred.

Some of the facts that he related are that the maximum precipitation occurs in the formation period of the storm before the anvil forms. Ozone is produced by the lightening. Super cooled water is a major issue since it can condense and freeze instantly.

Bob was flying an A-3D Sky Warrior in a storm and was struck by lightning. All the instruments remained effective except for the attitude indicator. The radome was missing, having been blown off by the blast. 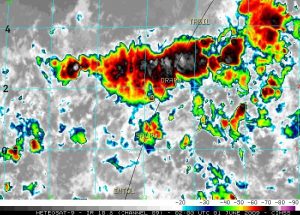 In the Air France flight 447 event they had the pitot tube freeze over with an inexperienced pilot in the left seat and the real pilot in the passenger compartment. They encountered turbulence, passed through it but received no weather radar warning of the massive storm ahead, apparently because the radar was on standby!

They continued on into the major storm and with the pilot out of service they had to fly by hand since the computer had given up and the man flying pulled back on the side-stick and held it until and after the aircraft stalled and settled into the ocean. Both the tail and wing surfaces were stalled and the plane descended at a rate of 10,000 feet per minute. 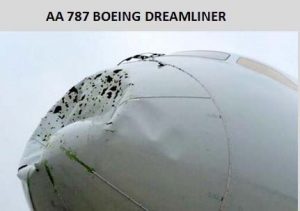 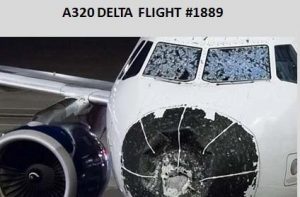 A Northwest flight asked for deviance for weather and was refused by Chinese ATC. They encountered severe downdraft and turbulence that damaged the aircraft so that it was unusable. The pilot complied with ATC rather than placing the safety of the aircraft first.

The bottom line is that most aircraft are not structurally strong enough to with stand the turbulence in a thunderstorm and any means to avoid it is the pilot’s first responsibility. This is insight that should be seen by any pilot flying today! It is not taught to this extent in pilot flying lessons and should be known by all pilots in the air. Fortunately Bob has agreed to make this presentation to our SoCal Pilots Assn. meeting. We are very grateful for an excellent and critical lesson in air safety. 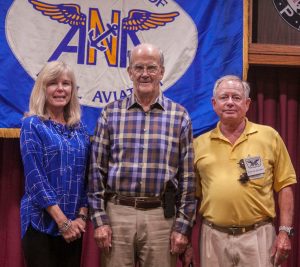