Dead of night, the fleet is blacked out. USS Independence CVL-22 (first dedicated night carrier) is at her “night flying station” [She would during the night separate from the Task Group operating independently, typically with two escort DDs, to give air ops maneuvering room and not give away fleet position with its minimal necessity flight ops lighting].

Visualize the high stress & adrenaline level of the solo pilot in a F6F-5N Hellcat with his life dependent on his 1944 instruments, vacuum tube radio and very early vacuum tube “A1A” Radar.  AN/APS-6 Radar replaced the AIA in the F6F-5N Hellcats.

The pilot’s mission was to night catapult, engage the enemy, and then find his way back to land on a dark short narrow flight deck (straight deck).  The flight deck had aircraft spotted forward, equipped with early crude flight deck lighting and guidance only from an LSO with black-light lit iridescent paddles.

The following true story is an excerpt from my book on the USS Independence   CVL-22.   The Air Group was CVLG(N)-41:

Steaming as before in company with USS COLAHAN and USS WEDDERBURN. They are at their night flying station to the windward side of TG 38.2, approximately 7 miles, bearing 100°T from guide USS INTREPID.  Ship is darkened, Air Department is at flight quarters. They are retiring to take on fuel.

0123 Ens. Jack S. “Berky” Berkheimer was launched in his Hellcat and instructed to orbit.

Lee (Cupid 2) *2 proceeded toward the bogey, which seemed to be a snooper, thought to have radar as it closed to within 80 miles and withdrew numerous times. Lee had a 60-mile restriction on his intercept. The restriction was lifted and Lee was vectored for the intercept to a point 80 miles out at angels 12. 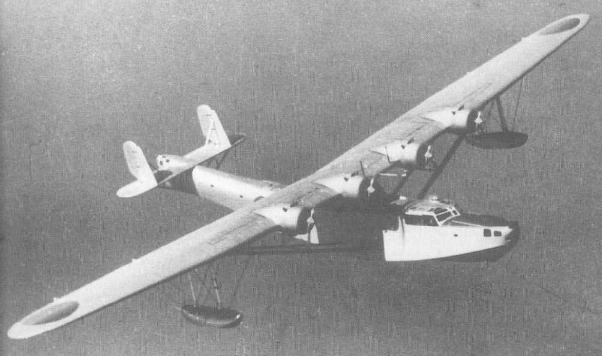 0229 Tally Ho, Lee made radar contact, 3.5 miles from the bogey on his 4-mile scale, dead ahead at 12,000’. The bogey made a 180° turn, Lee following. He picked up the flames from four exhaust stacks. Lee closed to 150’ back, low behind the bogey to verify it wasn’t a friendly. Lee identified it as a Mavis flying boat, nosed up and fired with his inboard guns (outboard had tracers)*3 . The 3 second burst from Lee’s four 50’s (from 5:30 low) hit the Mavis inboard engine and wing area between the two starboard engines. The Mavis burst into flames and exploded. Lee pulled off to port to avoid the flaming debris, the burning Mavis turning with him. Reflections from the flaming mass, just under him, caused Lee to think he was on fire. He radioed Cupid base he was preparing to bail out. Then, after unbuckling, pulling back the canopy, Lee recognized his Hellcat was OK, that it was the burning Mavis beneath him. Lee followed the Mavis as it circled down to the water. He could see the large red meatballs from the glow of the flames. Lee made a strafing run on it (to get gun camera footage, he had forgotten to turn the camera on), and remained near his prey for 5 minutes as the still floating Mavis burned fiercely. It was Lee’s first kill.

0315 Ensigns Lee and Berkheimer landed their F6F5(N) Hellcats safely back onboard.

USS Wasp reported the Mavis was using radar on 147 m.c. using its frequency searching gear, that ceased at the time of the shoot down. Ens. Charles Knuckle, assisted by Ens. J.O. Coates in CIC, computed the bogey speed & bearings for Hebe Lee, the team producing a near perfect night fighting intercept, despite the fact that INDEPENDENCE SM radar was not functioning properly during the intercept. Bogey altitude information was provided by USS INTREPID only once to Lee during the mission. It was stated in the Aircraft Action Report; ”it is emphasized here that seldom in the experiences of a night fighting squadron will the degree of perfection attained in this action be approached again”.

Notes for this article: *1   Radio for a night aviator was critical. Reliability was a major problem for the vacuum tube avionics experiencing repetitive high G shock loads and vibration in the harsh salty marine environment with abrupt hydraulic catapult shots and brutal pounding during recovery.   *2 Cupid was the USS Independence call sign.   *3 Tracers would harm the highly sensitive night vision.

Ensigns Jack Stanley “Berky” Berkheimer and Emmett Russell “Eddy” Edwards would sadly perish while serving our nation in VF(N)-41 flying off the CVL-22.

Ensign Irvin H. “Hebe” Lee would survive the war to pen his book “Shademaid”.  The “Shademaids” (Light Carrier Night Air Group Forty-One) were so named for their trade:  Air combat under the shade of night. Their logo artwork was created by cartoonist Milton Caniff – “Terry and the Pirates”.  Attached is the Logo and a note from Milton Caniff giving rare insight to his in-depth thinking given to his creation and intent for the artwork. 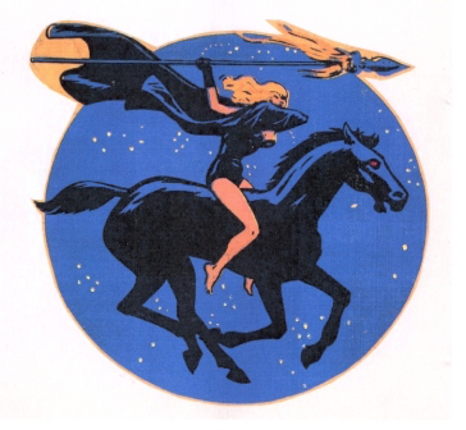 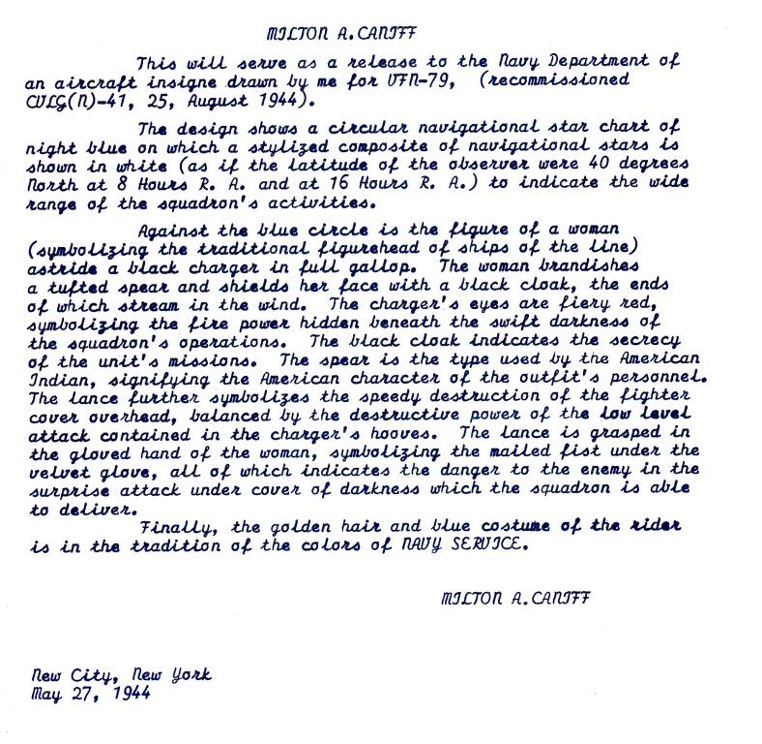 Raised in Southern California, John served in the US Navy as an Avionics Technician, and was aboard the aircraft carrier USS Bon Homme Richard (CVA-31) for nine months in 1965-66. He earned a commercial pilot's license and built, flew and raced a canard pusher airplane designed by Burt Rutan. Having an extensive 30 year background in aviation (as a hobby) and naval carrier experience, John was asked to document the history of the CVL-22, USS Independence, by the historian of the ship’s reunion group and published his book in 2009.